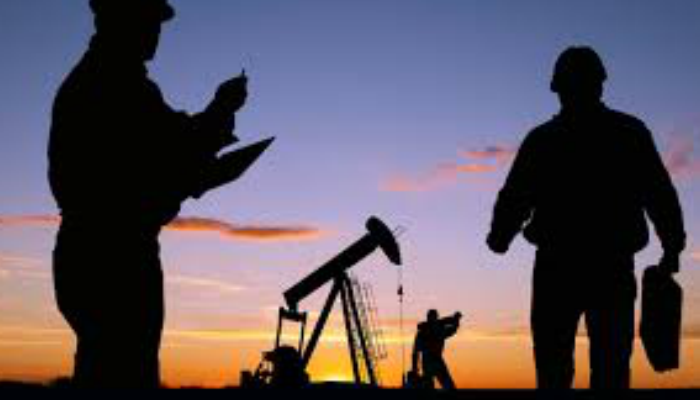 In the United States, Petroleum Geologists earn an average income of $109,543 per year which is around 85K for the United Kingdom, making it one of the most lucrative professions in the country.

For those working on part time basis, the pay is about $22.40 per hour whereas those employed as consultants take home $28 an hour.

Typically, these professionals work directly in the sector, though 32pct offer their services in supportive capacity by providing advice and continuous reports to project decision makers, another 23pct of geologists work in oil and gas extraction and 6pct in testing labs.

The average income of these experts depends on their level of education. A bachelor’s degree holder earns about $92,000, masters degree holder $104,400 and PhD degree holder $ 117,300. Similarly, salary for entry level jobs with 0-5yrs of experience is around $110,000, whereas annual bonuses fall between $2,682 and $45,933. The more experience one has in the industry the higher their salary range.

Income tends to increase considerably in the first 20yrs, with most people choosing to quit and look for better paying jobs in order to meet their experience levels. Salary structures are generally better for senior-level geologists.

For the UK, petroleum geologists earn an average annual income of £45,647-60k or up 85k for those working on self employed contract basis.

British Petroleum is one of the largest employers in the country, with geologists taking home an average yearly salary of £54,411 or approximately £4,950 GBP per month. This estimate is based upon the revenues of 8 professionals working for the company.

In addition to the above mentioned salaries, these experts can also earn certain perks/bonuses from their company ranging from $39K to $49K depending on the firm. These perks are usually based on how well a person performed in their job during a certain period of time; they can increase the geologist’s overall salary to between $61K and $203K per annum.

Throughout the world, there are far more male petroleum geologists than women, accounting for about 82pct of the total population. Most of them, including the women, enjoy certain benefits related to the nature of their work such as risk insurance or hardship allowance.

In the US alone, it’s estimated that daily oil production is around 8.75 million bpd, which translates to a lot of job opportunities for petroleum geologists.

Devon Energy Corp is one of America’s largest employers for these professionals and they have a median salary of $149,000. In summary, job growth in this field has been estimated at 21.2pct over the next 10yrs.

How To Get An Entry Level Oil Rig Job

Learn How To Get A Toolpusher Job

Find Out How To Get A Roustabout Job

© OilandGasPlanet.com 2018
We use cookies on our website to give you the most relevant experience by remembering your preferences and repeat visits. By clicking “Accept All”, you consent to the use of ALL the cookies. However, you may visit "Cookie Settings" to provide a controlled consent.
Cookie SettingsAccept All
Manage consent

This website uses cookies to improve your experience while you navigate through the website. Out of these, the cookies that are categorized as necessary are stored on your browser as they are essential for the working of basic functionalities of the website. We also use third-party cookies that help us analyze and understand how you use this website. These cookies will be stored in your browser only with your consent. You also have the option to opt-out of these cookies. But opting out of some of these cookies may affect your browsing experience.
Necessary Always Enabled

Performance cookies are used to understand and analyze the key performance indexes of the website which helps in delivering a better user experience for the visitors.

Analytical cookies are used to understand how visitors interact with the website. These cookies help provide information on metrics the number of visitors, bounce rate, traffic source, etc.

Advertisement cookies are used to provide visitors with relevant ads and marketing campaigns. These cookies track visitors across websites and collect information to provide customized ads.

Other uncategorized cookies are those that are being analyzed and have not been classified into a category as yet.